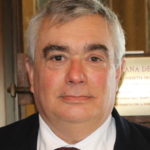 The San Matteo Hospital in Pavia has a significant history: it is rooted in the glorious medical tradition of the University of Pavia, which includes Camillo Golgi, the Nobel Prize winner for Medicine, and is projected into research and advanced innovation.

The hospital was founded in 1449 by the Frate Domenico da Catalogna, and the first transformation took place in 1932, with the inauguration of the Polyclinic built by Nobel prize winner Camillo Golgi.

In 2013 the new pavilion called “DEA” was inaugurated: a structure of 65 thousand square meters consisting of a plate that configures an EAS (First Aid of High Specialty) of 6 thousand square meters able to handle any emergency, having available a diagnostic facility and digital radiology of the latest generation, with an entire plan dedicated to intensive care.

In 1982, San Matteo was formally recognized as a Scientific Institute for Research, Hospitalization and Healthcare and had always been reconfirmed in this role, becoming a reference point of national and international biomedical research in the world.

The mission of the Scientific Institute for Research, Hospitalization and Healthcare (IRCCS) is carried out in the care and research of the transplantology field, regenerative medicine, and diseases of high complexity and, in particular, in specific areas such as hematology of children and adults, cardiology, infectiousness, oncology, rheumatology, gastroenterology, rare diseases and advanced surgery.

The polyclinic San Matteo combines all three fundamental aspects of healthcare: assistance, affirming its role as a reference hospital (HUB) and centre of the organizational and pathology networks; research, being an IRCCS and playing a leading national and international role in clinical and translational research; basic and specialist university training, being a polyclinic of the University of Pavia, the seat of the degree course in Medicine and Surgery, which boasts a centuries-old school, and of the three-year and master’s degree courses in the health professions.

Today, IRCCS Polyclinic San Matteo, with more than 3,600 employees, 1,024 accredited beds, 36,700 admissions, 99,600 emergency room admissions, 2.5 million outpatient services, and an operating budget of more than 412 million euros, is one of the five largest public hospitals in Lombardy and one of the largest IRCCSs in Italy.