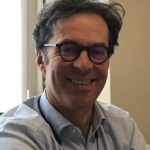 The Institute was founded in Milan at the end of World War I for the treatment of veterans with cranial encephalic injuries.

It became a public institution in 1923 and underwent considerable development in the early 1930s thanks to a generous donation by Piero Puricelli, who supported the far-sighted idea of neurologist Carlo Besta to unite neurology, neurosurgery and neuroradiology in a single facility specializing in the treatment of neurological diseases and research in this field.

In 1935, the Institute created the first pediatric neurology clinic in Europe, which developed into a department and was expanded in 1960. In 1952, the Besta was designated “Institute Specialized for Neurological Disorders Research and Treatment,” and in 1981, it was recognized as IRCCS by the Ministry of Health. In 2006, with the support of Region of Lombardy, the Ministry of Health and Milan City Council, the Institute became a public foundation. The Besta Foundation is a recognized center of excellence for the research and treatment of major neurological diseases. The scientific director is Dr. Fabrizio Tagliavini.

The Department of Neuro-Oncology encompasses all the sectors dedicated to diagnosing and treating central and peripheral nervous system tumours. It aims at the best integration of the different disciplines to guarantee complete patient care. Diagnostics is based on advanced neuro-imaging (1.5T and 3T magnetic resonance imaging) and neurophysiology (MEG) technologies, and integrated neuropathological and genetic-molecular analysis of tumour tissue.

With more than 1000 craniotomies per year, neurosurgery performs intra-operative monitoring of critical functional areas in low-grade tumours and endoscopic approach in deep brain tumours. Intraoperative fluorescence microscopy with 5 ALA or fluorescein and intraoperative ultrasound is commonly used to optimize resection of aggressive tumours. Conventional radiotherapy is complemented by radiosurgery with Cyberknife in patients with acoustic neurinoma, brain meningiomas and spinal metastases. Two clinical units are dedicated to medical therapies with an increasing focus on clinical trials, a fundamental part of the Institute’s research.

The Department of Neuro-Oncology has a wide range of clinical and laboratory research projects, focusing on glioblastoma and other malignant gliomas. An area of increasing relevance is the novel use of ultrasound devices to improve the identification of tumour boundaries.

The Institute has pioneered and is at the forefront of immunotherapy for cancer treatment in neuro-oncology. Two trials are currently underway based on the use of dendritic cells prepared by the Unit for the Production of Therapeutic Cells (UPTC) and immunotherapy studies based on the inhibition of immune control by PD1. Other studies used alternating electric fields and bevacizumab, an anti-VEGF antibody pioneered in Italy to treat glioblastoma.

On the borderline between clinical and laboratory research is the TheraGlio project, funded by the Seventh Framework Programme of the European Union. TheraGlio aims to develop a multimodal imaging system for ‘Theranostics‘ (therapy + diagnostics) of malignant gliomas. This technology uses a new generation of Microbubbles that can simultaneously act as a drug carrier and contrast agent for MRI and intra-operative ultrasound.

A radiobiological study on meningioma and endothelial cells and prospective clinical studies on radiosurgery of meningiomas and acoustic neuromas are active. A promising collaboration is underway between the Neuroradiology Unit of the Sheba Medical Center Institute in Israel for the diagnostic use of Delayed-Contrast MRI in the management of gliomas.

A fundamental tool for the institute’s research is the Brain Tumour Biobank, which is part of the BBMRI network. The biobank has enabled Besta to participate in important international projects such as TCGA and collaborate with the Department of Cancer Genetics at Columbia University in New York and with the Neuro-Oncology Unit of the Pitié-Salpetriere in Paris.

The Department is equipped with instruments for the genetic analysis of sporadic and familial tumours, such as neurofibromatosis type 1. NGS analysis of brain tumours (particularly gliomas of adults and children) with gene panels is under development and will evolve with exome and tumour RNA analysis.

A significant focus of the Department’s laboratory research concerns the immunology of glioblastoma. The main projects are currently aimed at the correlations between glioblastoma, microenvironment and immune system, the role of NK and NKT cells in immunotherapy with dendritic cells or other vaccines, and the interactions between chemo- and radio-therapy and immune responses. Another critical project is devoted to glutamate transport in glioblastoma and its relevance in edema formation.