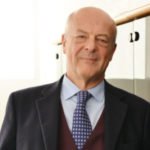 The Giannina Gaslini Institute was founded in 1931. It started its activities in 1938 thanks to a love and solidarity act by Senator Gerolamo Gaslini, who, in memory of his daughter who died at an early age, assigned himself the mission of providing children with the best possible healthcare, supported by the most innovative research.

Since its foundation, Gerolamo Gaslini wanted the presence of the University of Genua within the Institute with its chairs of pediatrics to ensure the qualified support of research and training of new generations of pediatricians, nurses and technicians. This strong orientation towards training has led Gaslini to carry out, over the years, many important initiatives: the school for Child Care Supervisors, the various levels of school in the Hospital, university courses and doctorates, the Gaslini International Centre for Studies and Training, CISEF.

In 1959, the Institute was formally recognised as a Scientific Institute for Research, Hospitalization and Healthcare, a recognition that has been confirmed over the years.

Today, Gaslini is a polyclinic (20 pavilions covering an area of over 73,000 square metres) with a hospital and scientific vocation of international standing. The integrated healthcare services offered by the Genoese hospital include all pediatric and surgical specialties at the highest levels of competence and clinical and scientific practice. The scientific laboratories and university professorships, many of which have specific specialization and advanced training courses, are also of the highest level.

This integrated into a modern children’s Hospital, a scientifically oriented in-patient care facility and a research and teaching hospital.

The Gaslini Hospital operates in a region, Ligurian, characterized by demography with a high percentage of older people and a very low birth rate. This fact has historically stimulated the national and international vocation of the Hospital, which approximately counts 30,000 annual admissions and 544,000 annual outpatient services. More than 42% of the patients come from outside the region, and about 600 patients arrive from over 70 countries worldwide.

With its approximately 2,000 employees and a production value of roughly 190 million euros (in 2015), the Gaslini Institute is undoubtedly one of the largest and most influential companies in the region to which it gives a significant induced effect, both in material terms and in terms of reputation and visibility. The scientific profile is also substantial: 4-degree courses, 6 PhDs, 400 publications (data updated on 10/3/2017), raw IF 2036.252, Ministerial IF 1565.6, and 31 Top Italian Scientists at the Gaslini Institute (1419 H Index in 2016).